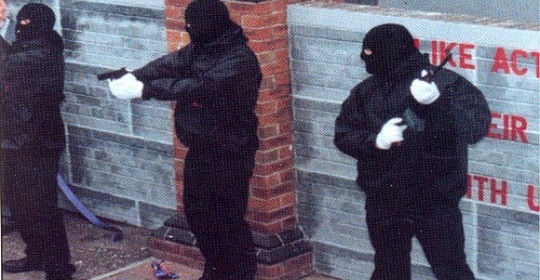 THE man who represents many of Ulster’s loyalist prisoners has called for no retaliation over the killing of one of their prison guards.

Ken Wilkinson, south Antrim representative for the UVF-linked Progressive Unionist Party (PUP), called for calm in the wake of the murder, but said that some loyalists had already been feeling unhappy before the incident took place.

Mr Wilkinson, who is also the spokesman for loyalist inmates in the Bush 1 and Bush 2 wings of Maghaberry Prison, said many of the prisoners knew David Black and had a high regard for him.

Mr Wilkinson said: “I have to offer my condolences to the Black family.

“They [prisoners] knew him. He was a human being, and treated people as human beings. His job was that he was there to look after people – people who broke the law.

“I’ve spoken to several prisoners and he just had that sort of charisma about him. Some people do their job, and do it right.

“If you speak to a person in a proper manner you gain a bit of respect, and David Black seemed to have gained the respect of a lot of people he spoke to.”

He also said that he regards the attack on the prison officer not as an attack against unionists – but against nationalists, too.

He said: “There’s a lot of frustration, a lot of anger, not only from the loyalist community but from the whole community in Northern Ireland about what took place… I believe it was also an attack on the nationalist community and the young men and women thinking about going into that job.”

There are around two dozen prisoners in the two loyalist Maghaberry wings, from different paramilitary factions. Mr Wilkinson said republican frustrations over strip searches and treatment by guards at the prison were ill-founded, because loyalists and republicans were subject to the same measures.

He said much work had been done to steer loyalists away from violence, and the PUP’s position is to stick by the peace process, although there are “frustrations” which some loyalists feel over perceived attacks against traditional Protestant culture.

But he said: “I’d appeal to all loyalists for cool and calm heads.

“In the past, we had attack after attack on our communities.

“It didn’t change the constitution of Northern Ireland.

“Let the powers that be deal with this – the PSNI.

The death of Mr Black came not long after the News Letter was contacted by someone claiming to be from a dissident loyalist group.

Referring to themselves as “Grugg”, the caller claimed that the group was an alliance between UVF, UFF and LVF members based in the Portadown area.

He added that they had up to 120 members, had trained with weapons outside Bangor recently, and were led by a former UVF commander.

Refusing to give a name or contact details, the caller said that “there’s nothing being done here about dissident republicans”.

“They’re murdering soldiers, murdering police, and getting away with it… Orange halls are being targeted here,” he said.

The caller said he would be back in touch and would send material to the newspaper, but nothing has been received.

Mr Wilkinson said he doesn’t attach weight to such talk.

“It does make our job harder,” he said. “I know there are people out there frustrated and angry.

“When one looks at what loyalism has had to accept, the people now sitting in power, the likes of McGuinness, I appeal to young loyalists to look at the constitution of Northern Ireland. It is standing fast.”

Elena Ellie Chiorino
Author @ The Five Demands. "No matter what anybody tells you: Words and Ideas can change the world."