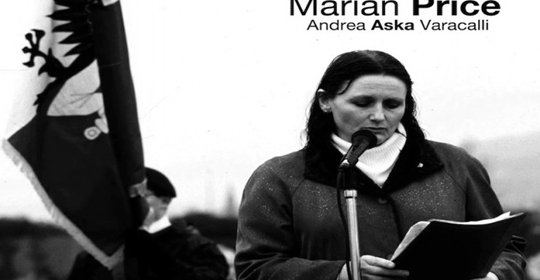 The BBC understands the Old Bailey bomber Marian Price is being moved from Hydebank Prison to a hospital in Belfast.

It follows medical advice from psychiatrists working for the South Eastern Health Trust.

Earlier this year she was moved from Maghaberry Prison to Hydebank, also on medical advice.

Sinn Fein and the SDLP have led a high profile campaign to have her released to hospital.

Ms Price was convicted for her part in the bombing of the Old Bailey in 1973 but was later released from prison on licence.

Her licence was revoked last May following a dissident republican rally in Londonderry.
‘No evidence’

She was charged with encouraging support for an illegal organisation after she was filmed holding a speech for a masked man as he made threats against the security forces.

She was also subsequently charged in connection with the murders of two soldiers at Massereene Barracks, County Antrim in March 2009.

Last month, terrorist charges against Ms Price and three other prominent republicans connected to the dissident republican rally were dropped after a judge said prosecutors had placed no evidence before him.

However, Ms Price remained in custody because of the Massereene charge.

She faces a charge of providing property for the purposes of terrorism, namely providing a mobile phone to the murder gang who opened fire at the gates of the barracks in County Antrim.

Sappers Patrick Azimkar and Mark Quinsey, who were collecting a pizza, died at the scene.

Ms Price denies the charge and campaigners have accused the secretary of state of interning her without trial.

It was reported that she was too ill to attend court last month, and she was later examined in prison by two doctors appointed by the UN.