Posted on 8 Ago 2014 by Sara Parmigiani Lascia un commento 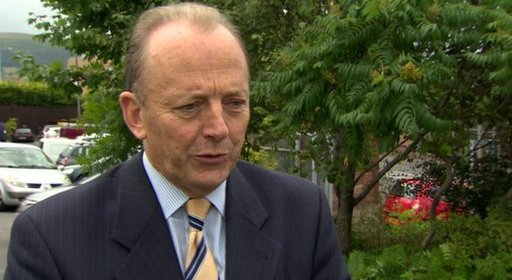 The former Chief Constable Sir Hugh Orde has said the Historical Enquiries Team (HET) is on the verge of being shut down after it was set up to fail by inspectors.

HET was severely criticised by Her Majesty’s Inspectorate of Constabulary (HMIC) in a report last year.

The body was established in 2005 to probe deaths during the Troubles.

Sir Hugh, who set it up, said he knew it was a “huge risk” but that it was “the right thing to do”.

Speaking on Thursday at an event during the West Belfast Festival (Féile an Phobail), the former chief constable said: “My sense was we were set up to fail.

“I would have rather had a broad group of people across Northern Ireland to say the things that they were concerned about.”

The HMIC report, published in July 2013 found that the HET investigated cases where the state was involved with “less rigour” than others.

The police watchdog said it appeared the HET’s policy was based on a “misrepresentation of the law”.

It said their approach was inconsistent and had serious shortcomings.

HMIC also said the Historical Enquiries Team risked undermining the confidence of the families of those who died during the Troubles in its effectiveness and impartiality.

Sir Hugh, who is now president of the Association of Chief Police Officers (ACPO), told an audience that the HMIC’s inspection was out of context and said some of the criticisms were not fair.

In relation to the finding that the HET did not investigate killings by members of the Army as rigorously as those by paramilitaries, he said: “People from outside don’t understand the complexity and emotion and versions of the truth and history that people have.”

He said it was impossible to prosecute all historical cases and police could not resolve the issue alone.

“The critical bit of this for Northern Ireland was around, I felt, being really open and transparent and trying to give legitimacy to respecting the past and policing the future.

“My frustration now is how do you take dealing with the past forward?”

Sir Hugh said when he established the HET he expected politicians to bring forward a broader solution.

He also said that he took a risk to establish the unit.

“The more risk you take because it is the right thing to do, the more vulnerable you are to be attacked.”

“We created probably the most impressive, depressing, archive of murder in Europe.”

The HET is a special investigative unit attached to the PSNI to re-examine the deaths of thousands of people in Northern Ireland between 1968 and 1998.

It is an independent unit which is directly accountable to Northern Ireland’s chief constable.