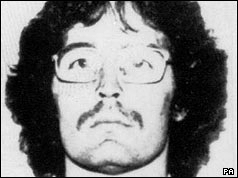 An inquiry has been launched into how Sinn Fein’s Gerry Kelly was invited to visit a jail – to talk about his prison breakout.

As the Belfast Telegraph revealed last month, the former junior minister was invited into Hydebank Wood to discuss his recent book on the 1983 Maze escape – until outgoing governor Paul Norbury cancelled it.

The invitation to address the jail’s book club caused outrage among prison officers. A colleague was killed during the infamous IRA breakout in 1983.

Traditional Unionist Voice leader Jim Allister was not allowed to challenge Justice Minister David Ford directly in the Assembly, but instead tabled a number of written questions.

Mr Ford has replied: “(Mr Norbury) has begun an investigation into the circumstances relating to the proposed visit of Mr Kelly.

“Decisions will then be taken in the light of any findings made with regards to the requirement for any changes in procedures, or any other action.”

Mr Allister said: “My information was that the librarian approved it and then security approved it. I asked about the security issue in a second question but (Mr Ford) has ducked that.”

Mr Kelly said: “I had received an invitation from Hydebank to address its book club as a local author. I was happy to facilitate this request. Following the request being withdrawn I am equally relaxed.”

He was one of 38 republican prisoners who escaped from the high-security Maze in 1983. A second prison officer was seriously injured and six other officers suffered gun wounds or stabbings.

In a tweet last September Mr Kelly sparked a row when he wished a “Happy 30th anniversary of the Great Escape 1983…” as he published his book.