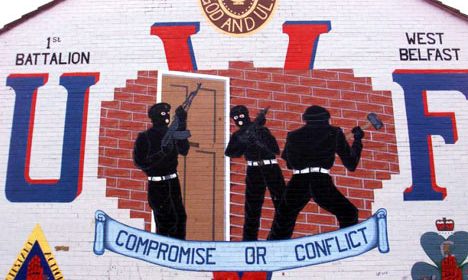 A senior officer told the Policing Board that the loyalist group was still heavily involved in gangsterism.

A 24-year-old careworker was badly injured in a recent shooting in east Belfast that was blamed on the UVF.

He added: “The UVF very clearly have involvement in drug dealing, all forms of gangsterism, serious assaults, intimidation of the community.”

The woman was shot in the lower abdomen, left arm and both legs during the attack last month.

The UVF was blamed for a killing on the Shankill Road in 2010 despite decommissioning weapons a year earlier.

During the 30 years of the Troubles, it murdered more than 500 people and more recently has been linked to intra-loyalist feuding and involvement in fierce rioting that injured many police officers after some protests at the decision to limit the number of days on which the union flag is flown at Belfast City Hall.