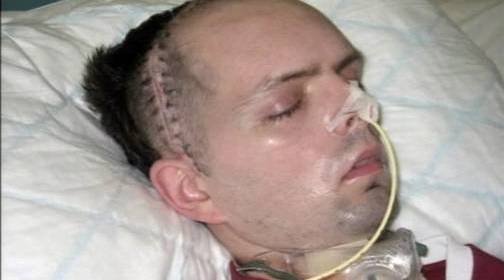 A man has been arrested by police investigating the allegedly sectarian murder of a popular civil servant in Northern Ireland.

Paul McCauley, 38, spent nine years in a helpless state after he was attacked at a barbecue in the Waterside area of Londonderry in July 2006.

The Police Service of Northern Ireland (PSNI) launched a murder investigation following his death earlier this summer in a care facility and detained a man aged 24 in the city today.

“We are following a definite line of enquiry and we are grateful to those individuals who came forward with information in the immediate aftermath of Paul’s death.

“We can never have too much information about the events of that night nine years ago if we are to get justice for Paul.

“There may be other opportunities to gather information, either because of a change in someone’s circumstances or a qualm of conscience.

“This is a very challenging investigation, especially with the passing of time, but we are fully committed to exploring all avenues and opportunities and I would appeal to everyone in the community, if they have any information, come forward and contact detectives.”

Mr McCauley was 29 and attending a barbecue at Chapel Road in July 2006.

A group of up to 15 people attacked Mr McCauley and two of his friends.