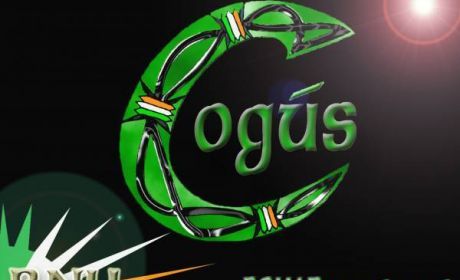 We the Cogus POWs would like to take this opportunity to extend fraternal greetings to our comrades and friends who have shown immense loyalty to imprisoned republican prisoners. Your support during the eighteen month protest was inspirational. This Easter Sunday while many republicans will be honouring Ireland’s dead, republican prisoners in Maghaberry shall be denied this right.

We have been informed that we shall be placed under Rule 7, which effectively means a 24 hour lockdown period. To avoid this we would be required to remove our Easter lilies. We would never agree either in prison or anywhere else not to pay our respects to Ireland’s fallen. We note that some ministers in Stormont who this week wore an Easter Lily to give television interviews don’t have any concern that the lily as a symbol is not held in the same stature as the poppy in workplaces.

Today four months after the ending of the “dirty protest”, David Ford and the prison administration continue to renege on the 12th August agreement 2010. We continue to endure long periods of lock down. Throughout the day controlled movement still exists with prison admin not permitting more than one or two prisoners out of their cells at any one time. We have no access to the classroom or any formal education at all. Access to telephones, a vital contact point with our children during these long lockups is ad-hoc and irregular.

It is clear to Cogus POWs that the prison administration has torn up the 12th August agreement.  Sadly it is inevitable to us that many prison struggles lie ahead between Cogus POWs and the Prison service. We intend to ensure that Ford and the prison admin are held to the agreement. We now ask you again regrettably to again support us in the months ahead in our fight for justice, dignity and human rights.

Our plight will need highlighted. We need you to keep alive our message and plight in our communities. We urge ALL to reserve any differences we may have over strategy or tactics and ensure all in Roe House and outside finally hold this corrupt and sectarian prison service to account.

On behalf of all POWs we thank you for your continued support and at a time and place of our choosing we shall ensure we play our role in commemorating Ireland’s dead inside Maghaberry Prison.

Signed be representative of Cogus POWs