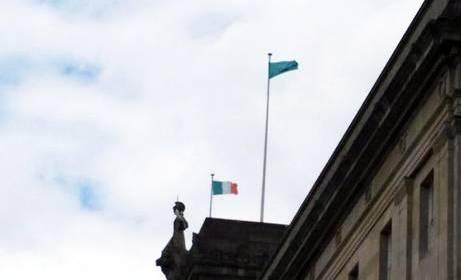 The mechanism which raises flags on the poles above Parliament Buildings has been temporarily decommissioned.
The move is to prevent a repeat of the incident this month when an Irish tricolour and another flag were flown without permission.
The Assembly Commission said additional locks have been fitted to restrict access to the roof area.
Cameras have also been installed near the flag poles and will be monitored from Stormont’s security control room.