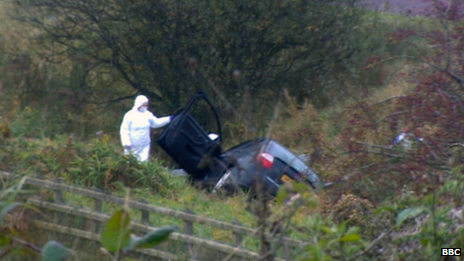 Police investigating the murder of prison officer David Black have charged a woman with perverting the course of justice.

The 29-year-old accused was arrested in Lurgan, Co Armagh, earlier this week.

She is due to appear before Craigavon Magistrates’ Court on 5 March.

Mr Black, a 52-year-old father of two, was shot dead on 1 November 2012 on the M1 motorway near Lurgan as he drove to work at Maghaberry Prison.

The Cookstown man was the 31st member of the prison service to be killed in Northern Ireland – the murder was the first in almost 20 years.